Horizontal batching plants are stationary technological equipment designed for the production of concrete mixture. The output of standard types ranges from 25 mᵌ/hour up to 120 mᵌ/hour.

The technical arrangement allows to choose the type of aggregates bin according to specific conditions and location of the building site. Technology of batching plant is equipped with modern electronic systems of all components weighing. Weighing of aggregates can be proceeded in the skip conveyor, on the weighing belt or in the scale under the mixer – according to the chosen variant.

Horizontal batching plants are divided according the accomplishment of aggregates bin:

Batching plant can be supplied with other additional devices such as heating system that ensures the operation during the winter period and recycling system. 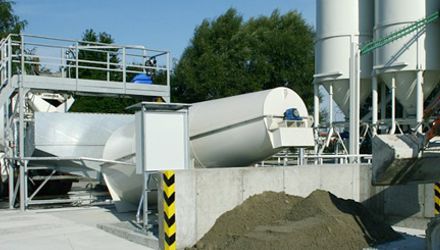 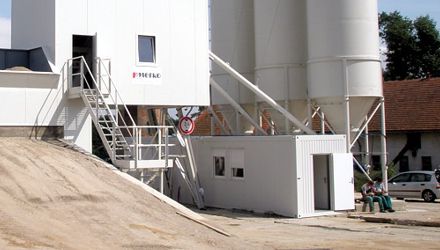